Why you're burning money on display ads

Show of hands, who here has accidentally clicked a display ad? Be honest.

Well, you’re not the only one. It’s kind of hard not to - that’s why 60% of all mobile banner ad clicks are accidents. This stat crushes a marketer's soul especially because getting enough clicks in the first place is becoming more and more of a challenge.

When display ads first arrived on the scene, they did an incredible job capturing their audience’s attention. They had the industry on its toes and paved the way for a digital advertising revolution. Today, that’s not the case. That’s because they are all overused and overdone.

For most people, ads are a nuisance. Something to be ignored.

That’s why marketers struggle to get the same ROI they used to get and it’s only getting worse. But it’s not the end of the world. There’s more than social and display ads out there, and marketers who are brave enough to venture out and try new things can find success.

We’ll share a few reasons why you're burning money on display ads and present you with the goldmine of advertising that’s been under your nose this whole time.

The rising costs of advertising

No one likes to spend more money than they need to (unless you're into buying bitcoin after a hype). Compared to other forms of advertising, the average cost per click for paid (CPC) search ads has been inching upwards year after year. Media Post recently analyzed $7 billion in ad spend and determined CPC rose 17% quarter over quarter and 24% year over year.

The rising costs of digital marketing channels are leading to higher acquisition costs and extended payback periods, which is ultimately bad for growth and profitability. But what's causing this rise?

We can point to a handful of things including:

Besides the rising costs of ads, there’s another major issue you should be aware of:

Your prospects aren’t even seeing your ad!

The Age of Ad Blockers

When an ad blocker is in play, your ad has absolutely no power over your audience. You could spend all the money in the world and hire the best graphic designers, copywriters, and ad specialists; none of them stand a chance in the face of an ad blocker because they won’t even see your ad in the first place.

And for the prospects that haven’t downloaded a software ad blocker, they’ve got a soft-tissue ad blocker called their brain - we call this phenomenon ad blindness.

The development of ad blindness

The average person gets bombarded with over 1,700 banner ads per month, but only sees half of them. Ad blindness is the most viable suspect for this dreaded reality.

Ad blindness isn’t a newfound phenomenon. There’s hard evidence that shows the average user ignores ad banners either consciously or unconsciously.  If you want to see for yourself, any heat mapping technologies can very quickly show you how prevalent this phenomenon is.

Why does it happen? Because your ads (and your competitor’s ads) are shown so often that people simply stop seeing them.

Think about it: You’ve been on the internet today. How many ads did you see? Can you name them? What were they selling? What was the CTA? It’s likely that you weren’t even paying attention, and if you were, you’re an advertiser’s goldmine.

The marketers who manage to outbid their competitors (likely at a cost they aren’t happy with) and get their beautiful ad creative in front of their prospects are practically wearing an invisibility cloak. In every other scenario in the world, that would be amazing, but in this case, it just sucks.

That’s not to say that you should give up on advertising, but it’s essential to keep in mind as you budget for the future. There are several ways to combat rising ad costs. One such way is to set aside some of your advertising budgets and use it to run experiments that make you stand out or invest in other ad channels that are untouched by most marketers.

Can’t think of any? We’ve got one in mind.

Email ad campaigns are display ads for your everyday emails. However, one key difference makes them far superior: You don’t have to pay for the ad space within the emails your organization is sending day in and day out. In fact, a handwritten and hand-targeted email from one human to another is the most valuable type of email.

That’s right. This small but mighty channel exists right below your email signatures and is the most commonly underutilized owned marketing channel in your arsenal.

Don’t take our word for it; leading marketers from brands like Adobe, Outreach, and Salesforce are already bought into the power of this channel and use it to drive revenue and prospect engagement.

The beauty of this channel is that you don’t have to worry about ad blockers or ad blindness (because this channel has not been overdone or overused).

The metrics we’ve got prove that fact. Consistently we hear from our customers that signature banners drive CTRs of 3% to 7%.

Unlike other promotional channels, email signatures reside in emails that show up directly in your target audience’s inbox, where B2B buyers spend most of their time: in everyday email.

Unlike other promotion channels you are using, email ad campaigns reside in emails that show up directly in your target audience’s ( your customers, your partners, your prospects) inbox, where most B2B buyers spend most of their time.

Depending on the size of your company, your impressions could be in the 1,000,000+ range.

Let’s do some math to break that statement down.

Leverage the millions of everyday email impressions you own

According to the Radicati Group, the average employee sends 40 emails per day, that’s about 10,000 emails per year for just one employee.

For a 100 person company, we’re talking about 1,000,000+ impressions. So imagine a company with 500 employees that would be more than $100K in ad spend (if you want to geek out even more, check out our blog, Calculating the Value Of Your Email Banner Impressions, to learn how we got that math).

It gets better. Each email is opened more than once, so the dollar value of your email signature marketing impressions is much higher than you think. That’s why brands like EDF Renewables are ditching their ad spend for everyday email (read their story here).

If you’ve made it this far, congrats.

You’re probably thinking, ok, so how do I get email ad campaigns? We’ll show you how to deploy these babies (on your own & with Opensense).

How to deploy email signature marketing

Good news: it's super easy to get the banner itself ready.

1. Pick any campaign you're currently running on another channel (like display ads)
2. Resize an existing asset or use a tool like Canva to create a compelling new banner. (Read more about designing the perfect signature and banner here.)
3. Email the banner asset to everyone* who is customer-, prospect-, or partner-facing with instructions on how to upload & hyperlink the banner beneath their existing signature.
4. Each team member will have to add it to their signature and add the correct hyperlink.

*Note: If you're deploying to over 100 employees, this is going to get you a low adoption rate potentially riddled with errors. The most efficient way to manage digital assets beneath email signatures is with a tool like Opensense.

These are just a few ways to get creative with your advertising budget as costs rise. If you’re looking to implement email ad campaigns across everyday email, give us a shout. We’d love to show you what it could look like for your team.

For actionable plays to use email ad campaigns, check out these playbooks. Each includes plays that you can start using to reach and engage with your best audience. 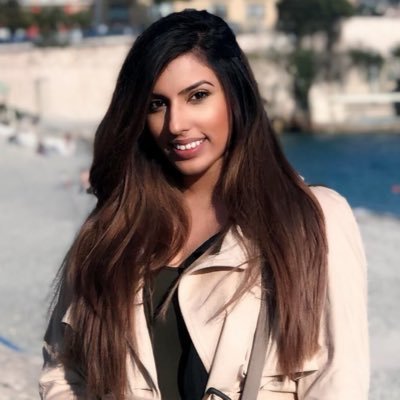 Director of Marketing
view All Posts

A Letter to CMOs: Are Employees Ruining Your Brand?

The End of Email Pixels—the Looming Crackdown in Email Privacy

Extend the Value of Inbound Marketing to Employee Email

CMOs, It's Time to Include Employees in your Brand Strategy

Why you're burning money on display ads

How to Design the Perfect Email Signature

Thank you! Your submission has been received!
Oops! Something went wrong while submitting the form.

Your source for email content, growth marketing, brand management, and our podcast.

Thank you! Your submission has been received!
Oops! Something went wrong while submitting the form.
More Posts

GDPR for Sales Outreach: How to Prospect While Staying Compliant

A Letter to CMOs: Are Employees Ruining Your Brand?

Employee Email as an ABM Channel

The End of Email Pixels—the Looming Crackdown in Email Privacy